Our protagonist is a storyteller and a survivor. He left the war zone with his family. He was born in Lebanon and grew up in Ma’arrat al-Numa, Syria.

“It was one of the most beautiful countries in the world. It is not just because it was mine but because one could feel safe there. There was no democracy, but we could live well”

His journey to Calanya took over two years. He left Syria in 2016 and headed to Antiquia. He traveled in a group of about 50 people, who, after paying their “guides” were left in a border town on their own. They wanted to travel further with a bus, but it was too small for all of them. Women and children took the first one.

“Afterward, we were around fifteen people waiting for another bus that should have carried us to the city. Instead, a mafia group came. They were armed, accused us of killing one of their men, surrounded us and they started to strike. People shouted out and cry. I managed to escape.”

After he reached the main road, he caught a cab, hoping to get to the city, the driver unexpectedly started to threaten him.

“I told them that I did not have money, but they started to hit me. They were beating me and looking for money at the same time. I hid my money in my socks. I had 2600 euro to cross the borders and reach Europe. When they found them, I was furious and I stood up to fight. Afterward, they put the jacket on my face, the belt on my wrist, and they left me on the street. They took my money, my phone, my shoes, everything. I was bleeding in the street. I spent two days at the hospital. “

Our protagonist worked in Turkey, later he took a boat to Greece. He lived for five months in Salonicco, later tried to get to Amsterdam, but was stopped on a way, spent a night in jail and was brought to court with a lawyer and a translator.

“After the trial they let me go. (…) I asked them where I could go, and they told me to start a new life”

And he did. He learned the language and works in an installation company. He enjoys cinema, theater, and supports gender equality.

He is known for telling stories about the beauty, history, and culture of his country. He says most of his Catalan friends don’t know much about Syria, only that there is a war there. People are surprised one can find so much there.

He faced many challenges in the new countries he was arriving in. The biggest issue was the language barrier and a little educational support. Not being able to communicate with anyone shuts down almost all opportunities to find a job, talk to people, find support and friends. He also finds the prejudices people have against Muslims and refugees to be very challenging. He faces these prejudices daily, at work, on dates, while trying to meet new friends. He thinks all this comes from ignorance about religion and lack of knowledge about stories and people who seek help or a better future in another country.

We admire our protagonist for his strength, positivity and for never giving up. We hope he will find himself at home after getting from so far to so close. 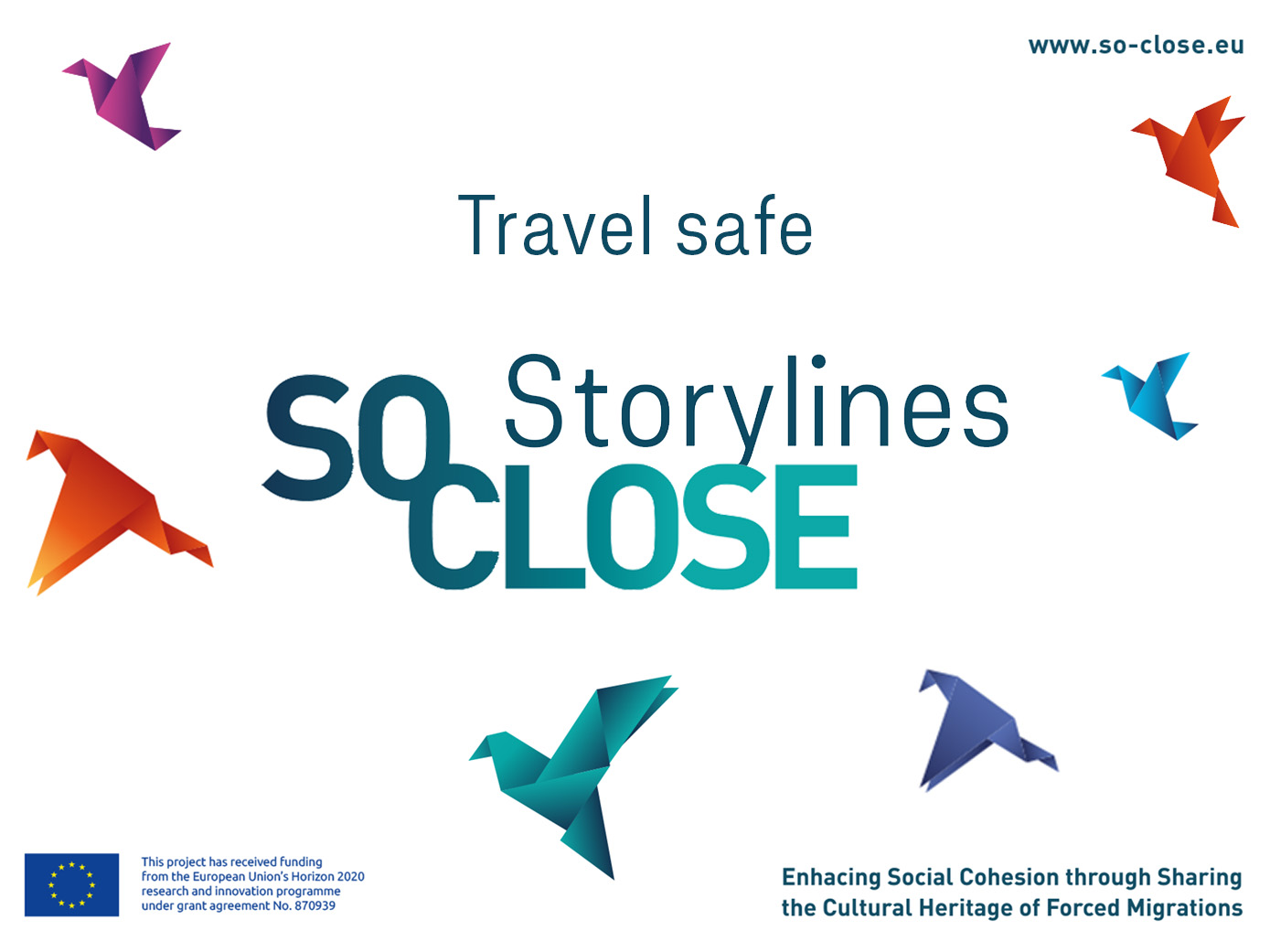