‘The Enhancing Social Cohesion through Sharing the Cultural Heritage of Forced Migrations’ – ‚SO-CLOSE’ project is the result of a collaboration of 9 academic, cultural and technological institutions.

They all have one mission. In the current global context of forced migrations, the most important for them is to contribute to social cohesion and fight refugee marginalization or exclusion by facilitating the encounters between similar life stories. These goals can be achived through the mediation of innovative digital and artistic tools.

This European project is coordinated by the UAB departments of Modern and Contemporary History, Sociology and Translation and Interpretation and Studies of East Asia, and has the support of the UAB Research Park. The Swedish University of Lund, Villa Decius Association, The Peace School Foundation of Monte Sole, The Exile Memorial Museum Consortium, the Greek Research and Technology Center CERTH, the Greek Refugee Forum as a node of RISE and the new technology companies Tempesta Media and Engineering also participate.

The Universitat Autònoma de Barcelona (UAB) is one of the major public universities in Spain. It is located in Bellaterra, close to Barcelona city. UAB has over 37,700 students, almost 3,700 researchers and teaching staff, and it hosts more than 6,000 foreign students. In recent years, the UAB has seen recognition for its efforts in promoting quality in teaching, in attracting international talent and in obtaining a growing impact in research, together with a progressive improvement in its classifications in the most prestigious and influential international rankings. UAB will coordinate the SO-CLOSE project and lead tasks for setting up the user engagement strategy, identifying focus groups, evaluating the pilots and managing the dissemination, implementation, and evaluation.

The UAB will participate with a cross-sectional team from 3 research groups:

1) The “Grup d’Estudis República i Democràcia (GERD)” is a Consolidated Research Group recognized by the Generalitat de Catalunya. The group is made up of professors and researchers from the Department of Modern and Contemporary History of the UAB, as well as from other Spanish and foreign universities. The general objectives of the group are:

Consolidate a core of research in the areas of War, Violence, Fascism, Democracy, and Republic that becomes a benchmark for studies on those subjects both in national and international historiography.
To maximize the dissemination of this research through, among other means, the publication of its results (in books, collective publications, papers …), the participation, and organization of conferences, in order to guarantee international dissemination of research.

2) The Immigration and Ethnic Minorities Study Group (GEDIME), at the Department of Sociology of the Universitat Autònoma de Barcelona was founded in 1989 with the aim of conducting research on a at that time emerging and thus rather invisible topic in Catalan society of the late 80’s: the arrival of foreign migration to Catalonia. GEDIME’s main research lines within the core topic of Migration and Ethnic Minorities are the ones related to key aspects of the migration phenomenon both at national and transnational level.

3) TransMedia Catalonia research group focuses media accessibility for more than 10 years. They are leaders of numerous ERASMUS+ projects and H2020.

The UAB Research Park (PRUAB) will be also involved in Project as a linked third party of UAB. PRUAB is a not-for-profit foundation established in 2007 as a basic tool to promote and improve the transfer of knowledge and technology from the University to Industry. PRUAB provides also services focused on spinoffs and start-up companies, especially those located within the Park’s premises. PRUAB has experience in coordination, communication and dissemination of EC Projects. Besides, PRUAB has organized a wide number of focus groups and co-creation workshops using Design Thinking methodology. 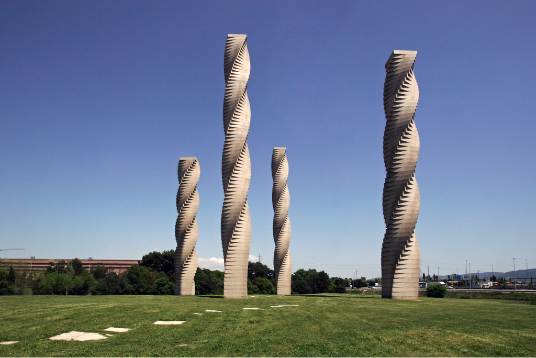 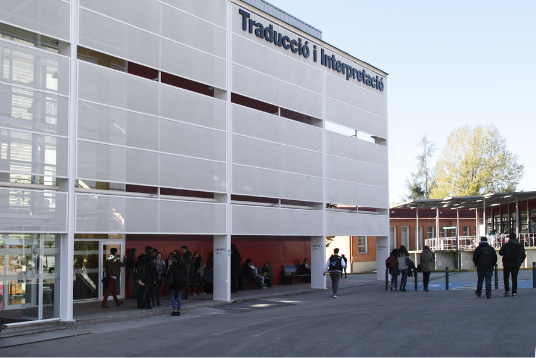 Lund University was founded in 1666 and is ranked among the world’s top 100 universities. The University has 40 000 students and 7 600 staff based in Lund, Helsingborg and Malmö. Lund is the most popular study location in Sweden. The University offers one of the broadest ranges of programmes and courses in Scandinavia, based on cross-disciplinary and cutting-edge research. The University has a distinct international profile, with partner universities in 67 countries.

The Center for Languages and Literature (SOL) is Sweden’s largest institution with a focus on language, linguistics, literary studies, and area studies. At SOL there are two strong research perspectives, a linguistic and a literary and cultural science, but there are also bridges between them, as well as links between them and activities at other faculties within Lund University and at other universities, both nationally and internationally.

European Studies is an inter-disciplinary subject that combines history, culture, society and politics to give an all-around perspective about Europe and the European Union with a focus on a humanist perspective. The subject hosts a Bachelor’s and a Master’s program and is home for internationally renowned researchers active, among others, in the fields of memory studies and cultural heritage, history, and social media and politics – all with a European focus.

In SO-CLOSE, ULUND will lead the Implementation and Validation package, coordinating the pilots and the design of co-creation methodology for target sites and KPIs definition. 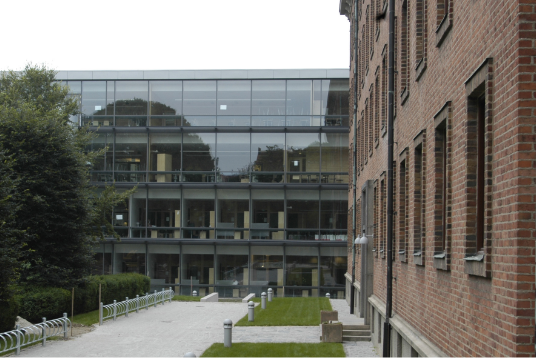 Villa Decius Association was established in 1995 by well-known representatives of the polish worlds of science, economy, and culture. Within several years Villa Decius has been defined as a cultural institution of international outreach and has become one of the bridges linking European nations. The renaissance palace and garden complex of Villa become a base for the Association’s activities continuing the idea of a place for the dialogue of cultures and meeting point of people, artists and scientists.

At the base of all programmes lies the idea of meetings of representatives from various fields of science and culture from all over Europe. Through exchange of ideas and thoughts, they can explore mutual stimuli for creative work and advocate pluralism and dialogue in public life. Many interdisciplinary projects of Villa provide for a multifaceted outlook on the role of culture in the contemporary world, search for unique but common heritage, cover issues of international cultural cooperation and methods of cultural management and its financing. In SO-CLOSE, VDA will lead the exploitation, dissemination and communication work package, and the communication activities of the projects. 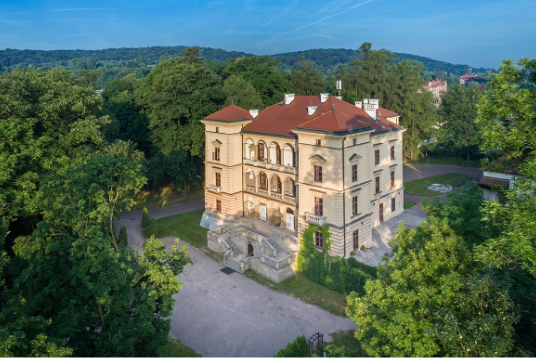 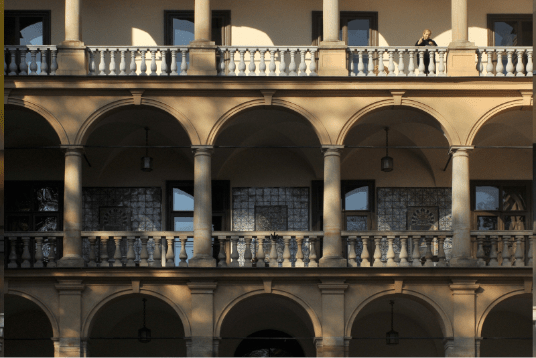 The Peace School Foundation of Monte Sole, created in 2002, has its registered office and its operating facilities in the Historical Park of Monte Sole, founded in 1989 by a law of the Emilia Romagna Region. Its aim is to promote training and peace education projects, non-violent conflict resolution, respect of human rights, for a peaceful living together among different people and cultures, for a society without xenophobia, racism and any other kind of violence towards human beings and their environment.

Starting from a historiographical reflection around those facts and from the knowledge of the mechanisms of violence that made them possible, through the memory of who was there and of the place itself as a silent guardian of its past, activities of the Peace School are developed today:

The main role of MONTE in SO-CLOSE will be the coordination of the co-design of the tools, leading the tasks to analyse the best solutions for cultural heritage co-creation activities. 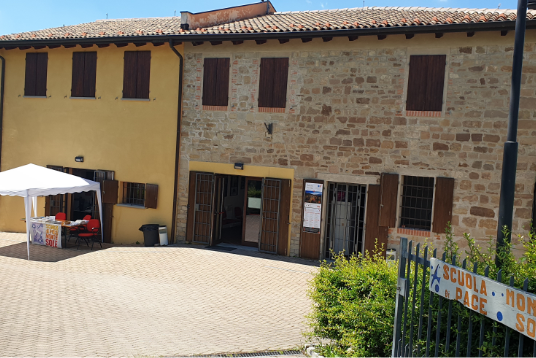 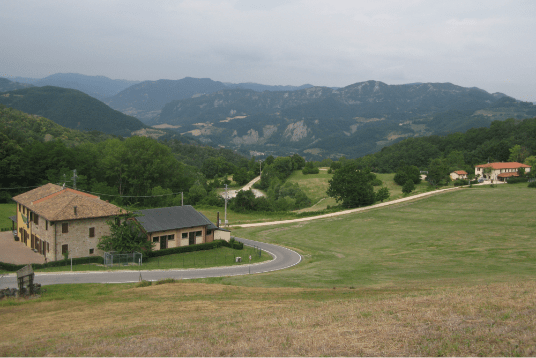 The Exile Memorial Museum Consortium is a public body constituted for the establishment and joint management, in the town of La Jonquera, of the Museum under this name, whose object is the exhibition, research, interpretation and dissemination of history and memory related to the Spanish Civil War, republican exile and Franco dictatorship, taking also into account the phenomenon of exile globally in the context of the twentieth century until today.

Besides, other aims are to establish partnerships and maintain relations, on the one hand, with other bodies with similar purposes and, in particular, with the French and German institutions, most closely linked to the 1939 Republican exile, the Nazi occupation, the fight against fascism, and deportation to the concentration and extermination camps. On the other hand, the consortium wants to create a link with other historical and current issues such as migrations, exoduses, other forced displacements of people and persecutions due to their ideas in defence of freedom, democracy and social progress.

In SO-CLOSE, MUME will lead the preparation of the pilots operational phase, hosting one of them, and the management of the replicability an sustainability tasks, in order to become the Memorial Center headquarters.

The Univeristy of Girona (UdG) will be also involved in Project as a linked third party of MUME. UdG will participate through its Research Group “History, Memory, Identities”. The analysis of collective identities in Contemporary History is the main objective of this group. 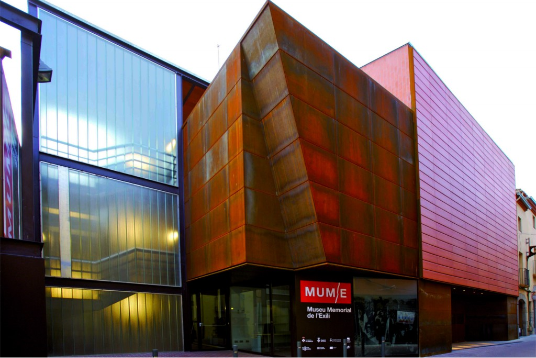 The Centre for Research and Technology-Hellas (CERTH), founded in 2000, is the only research centre in Northern Greece and one of the largest in the country. CERTH has important scientific and technological achievements in many areas including: Energy, Environment, Industry, Mechatronics, Information & Communication, Transportation & Sustainable Mobility, Health, Agro-biotechnology, Smart farming, Safety & Security, as well as several cross-disciplinary scientific areas. Today CERTH includes the following five institutes: (a) Chemical Process & Energy Resources Institute (CPERI), (b) Information Technologies Institute (ITI), (c) Hellenic Institute of Transport (HIT), (d) Institute of Applied Biosciences (INAB), (e) Institute for Research and Technology Thessaly (IRETETH). Out of those, CERTH participates in this project through Information Technologies Institute (ITI).

In the recent years, the team has coordinated and participated in more than 20 European and National research projects in the areas of multimedia processing, information extraction and social media monitoring and analysis.

In SO-CLOSE, CERTH will provide its image and video retrieval tools to analyse and annotate digital content, whilst it will help crawl social media and the web for finding relative artworks and support semantic integration of the multisensory data. 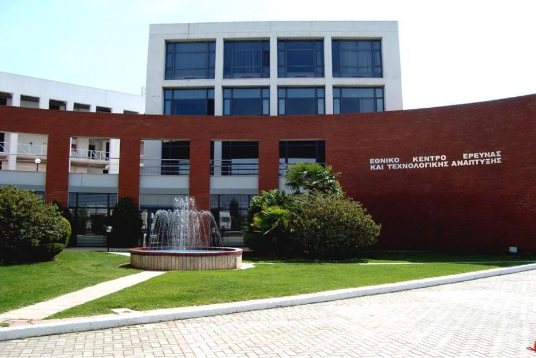 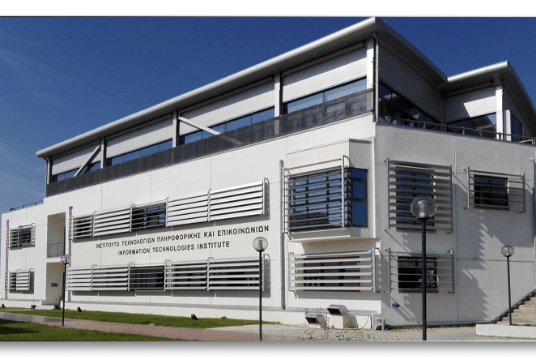 Engineering Group is the Digital Transformation Company, leader in Italy and expanding its global footprint.

The Engineering Group, consisting of over 20 companies in 12 countries, has been supporting the continuous evolution of companies and organizations for more than 40 years, thanks to a deep understanding of business processes in all market segments, fully leveraging the opportunities offered by advanced digital technologies and proprietary solutions.

It integrates best-of-breed market solutions, managed services, and continues to expand its expertise through M&As and partnerships with leading technology players. The Group strongly invests both in innovation, through its R&I division, and in human capital, with the internal IT & Management Academy. Engineering is a key player in the creation of digital ecosystems that bridge the gap between different markets, while developing composable solutions that ultimately foster a continuous Business transformation.

ENG will coordinate the Toolbox development of SO-CLOSE project and will lead the Memory Centre Platform implementation and the Innovation Management tasks. 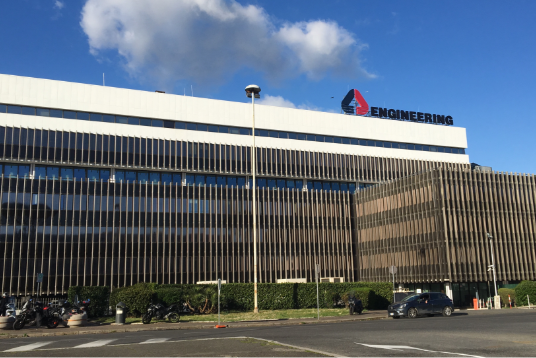 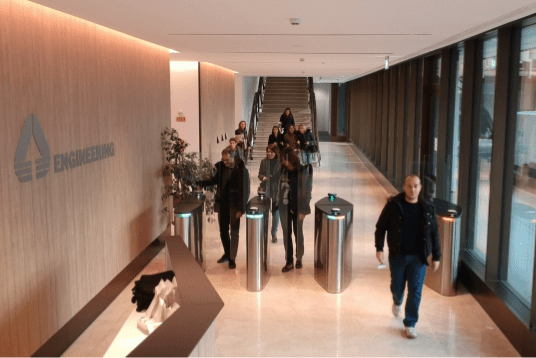 TEMP will lead the tasks of analysis, design and implementation of digital tools for co-creation and cultural heritage. 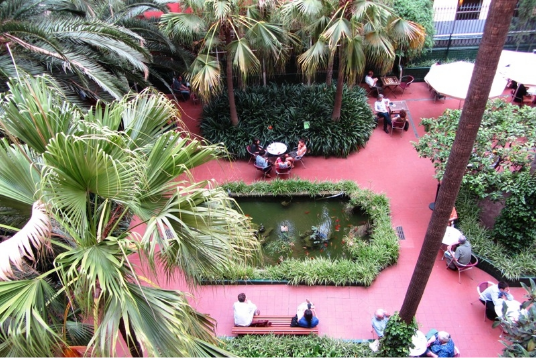 The Greek Forum of Refugees (GFR) is a registered non-profit making Association established in Athens, Greece, in 2012. Its overall aim is to support the unity of the refugee communities based in Greece and at the European level and to foster refugees’ inclusion within their host society by encouraging their active participation and need to be recognized as skilled and knowledgeable individuals. GFR is therefore actively engaged in the following activities: 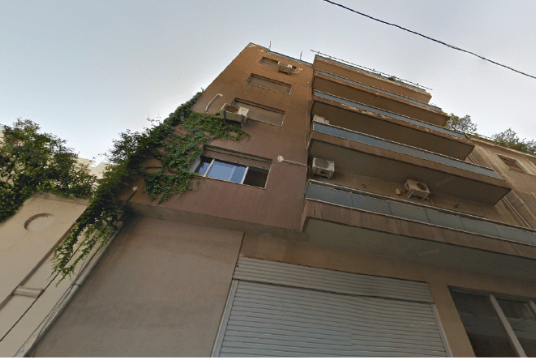 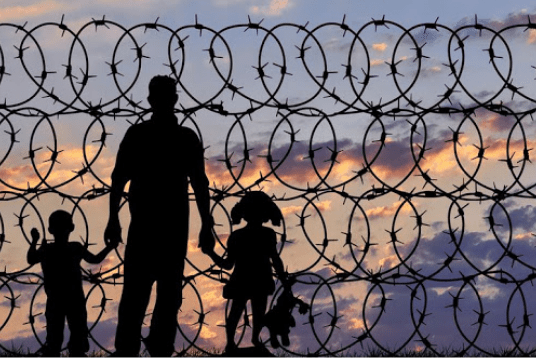