So far and so close

The last protagonist of the SO-CLOSE Storylines series is a music and theater lover. She was born in Afghanistan, and grew up and studied in Iran, which she had to leave because she was not given the opportunity to work there or obtain a residence permit. After returning to Afghanistan, she quickly realized that it was not for long. As a woman in Afghanistan she was vulnerable and knew that she could never progress, she had to give up on dreams to study.

Her transit to Greece was a scary experience. She went together with her husband, but while traveling through the mountains between Iran and Turkey, they got lost. As a woman, she was constantly afraid of being attacked and raped.

She arrived in Greece in 2019. The difficulties of the journey and the five months she spent in a refugee camp had affected her badly. Organizations like DIOTOMA helped her also with the psychological support.
Being in Greece for such a short time, and due to the pandemic, she has not had the opportunity to learn Greek. This made it difficult to interact with the others. But she got along and changed:

“I see a difference in clothing in the first place. I am dressed differently. But when I look closer I see that maybe we don’t look alike … but we think alike.”

Her goal in Greece is to learn the language and find a job. She wants to be autonomous and to contribute to society. Sadly, she often struggles with prejudice and misunderstanding. People quickly assume she is Taliban, without understanding that these are the people she escaped from. She dislikes being referred to as an immigrant or refugee very much.

“There are many talented people there, but these talents are not recognized.”

At the SO-CLOSE Project we had the opportunity to get to know so many talented people whose stories we wish to share. We hope for our protagonist to soon reunite with her husband, who we know is also accommodated in Athens. To be so far BUT so close at the same time it is something we do not wish to anyone. 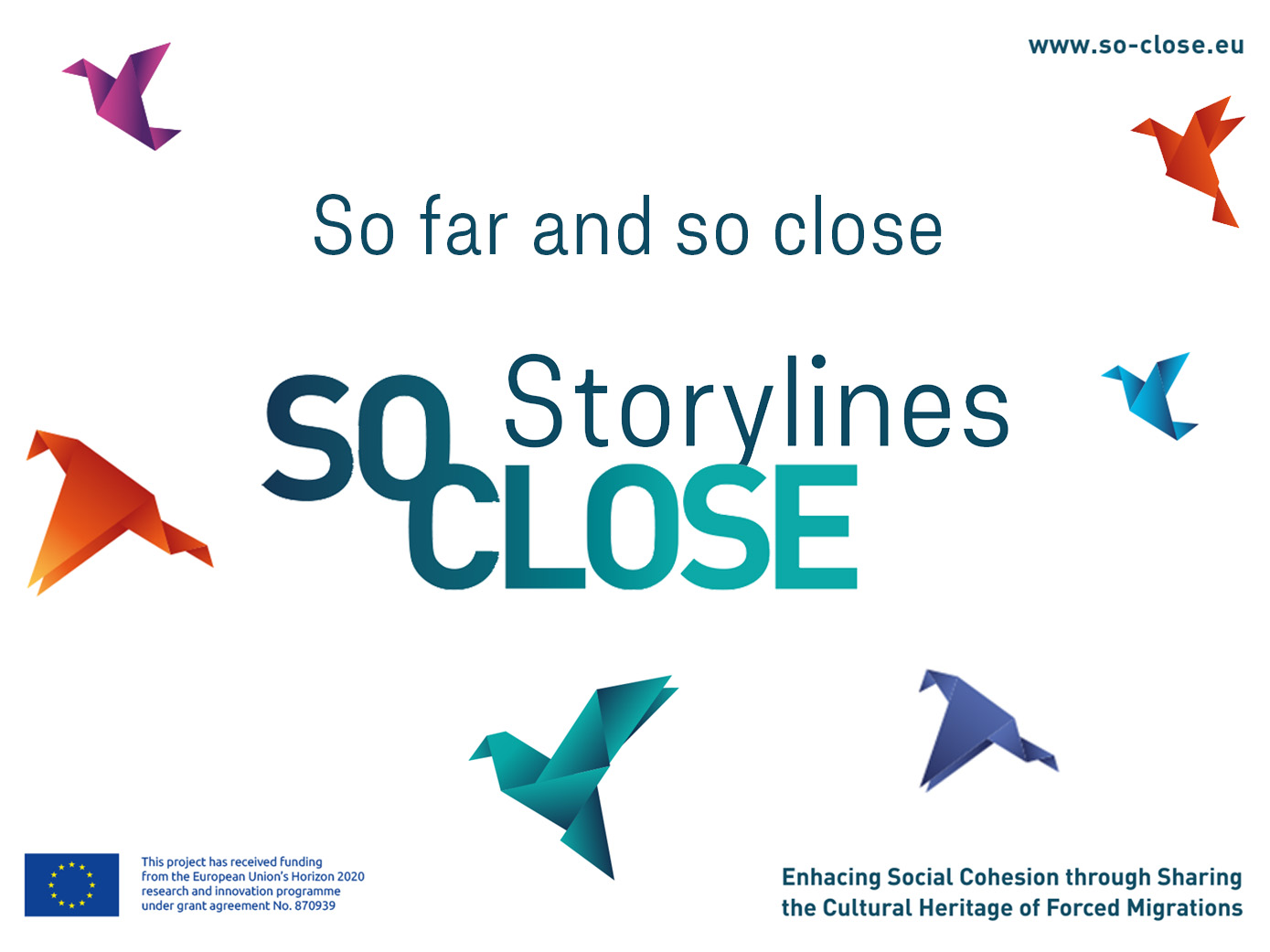