We are pleased to invite you to the presentation of the 3-year Horizon 2020 European project SO-CLOSE, Enhancing social cohesion through sharing the cultural heritage of forced migration, organized by Greek Forum of Refugees

The event will have delicacies from Afghanistan!

“The Art of Forced Displacement”

Theatrical performance by the theatrical team of interpreters of METAdrasi, titled “Ροή”. “Every human being has a common, windless hopeful homeland, without borders that inspires…”.

Discussion on forced displacement with:

Presentation of a web documentary by refugee groups titled “Voices of displaced people through the barbwires”:

Parallel stories of the displacement of Greek women in the 1940s and 1950s in Trikeri, women from Kurdistan in northern Iraq in the late 1980s and 1990s, Greek island refugees displaced in camps in the Middle East during World War II and thousands of Syrians and Afghans displaced today in camps on the Greek islands.

We hope you’ll honor us with your presence. 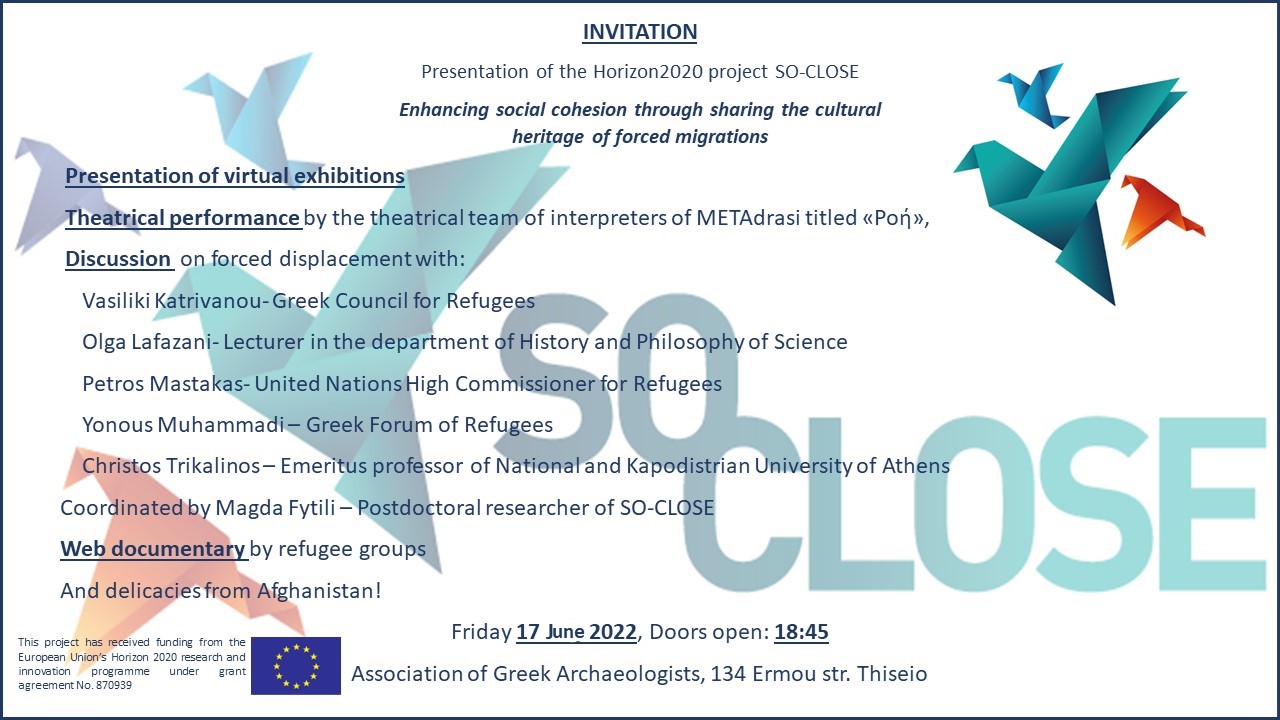