National Day of Exile and Deportation in Catalunya

In the context of the Spanish Civil War of 1936-1939, the uprising army occupied the area loyal to the Republic in the winter of 1939. Barcelona was occupied on January 26 and the army reached the border on February 9. Since January 28, 1939, when the French authorities opened the border, thousands of Republican civilians and military personnel have been fleeing the Francoist army. The war officially ended in April 1939 and began a 40-year military dictatorship. On February 5 many politicians crossed the border such as  Lluís Companys, the president of the Generalitat de Catalunya; the President of the Basque Government, José Antonio de Aguirre; the president of the Republic, Manuel Azaña, and the president of the Spanish Parliament, Diego Martínez Barrio. In those days several intellectuals, politicians, and artists left Catalonia, like Pompeu Fabra, Pau Vila, Pere Bosch Gimpera, Joan Oliver (Pere Quart), Mercè Rodoreda, and many other personalities from the world of culture, politics, science, education, literature and the arts. On a symbolic level, the figure of the poet Antonio Machado, who died in exile in February 1939 in the border town of Collioure (France), is one of the most internationally known and recognized cultural references of the republican exile.

Today, exile and forced population displacement are part of everyday reality almost all over the world and especially in the Mediterranean. People fleeing the wars and conflicts in the Middle East and North Africa and central Africa are in the same situation as the hundreds of thousands of Spanish Republicans who crossed the border in 1939.

Since 2017, the Generalitat of Catalonia has instituted February 5 as the “National Day of Exile and Deportation” as a result of the symbolic date of the departure into exile of the authorities of republican Spain, precisely by a mountain located close to the Exile Memorial Museum of La Jonquera. This event also commemorates the thousands of exiled Catalan and Spanish people that during the exile, were deported to Nazi camps of the Second World War.

This Saturday MUME will organize an event to commemorate the exile.

Description of the event

At 11 a.m., the Minister of Justice, Ester Capella, will reach the crossroads between the GI-505 and the road to the Coll de Lli, in the municipality of La Vajol (Alt Empordà). From there she will walk to the Coll de Lli, located at 712.8 meters above sea level, where will take place an homage to the exiles. The Minister will be accompanied by the general director of Democratic Memory, Gemma Domènech; the director of the Exile Memorial Museum, Alfons Quera; the director of the Democratic Memorial, Jordi Font; the director of the territorial services of Justice in Girona, Jordi Martinoy; the mayor of La Jonquera and president of the MUME Consortium, Sònia Martínez; the mayor of Agullana, Josep Jovell; the mayor of La Vajol, Joaquim Morillo.

Later, the Minister will move to Agullana, where she will visit the Mas Perxés and the Hall of the permanent exhibition of the cultural exile of 1939, located in the town’s main square.

Iconic places that will be visited during the event:

Here, in late January and early February 1939, President Companys spent his last days before embarking on his exile path. At the same time, more than 300 people reached the place, including writers, senior officials, civil servants, police officers, deputies, and other members of the presidency of the Generalitat, the Ministry of Culture, and the Government. Mas Perxés during time became a repository of Catalan art pieces.

It is a permanent exhibition specialized in the exile of 1939. This space provides documents and audiovisual materials about the Catalan republican cultural exile of 1939 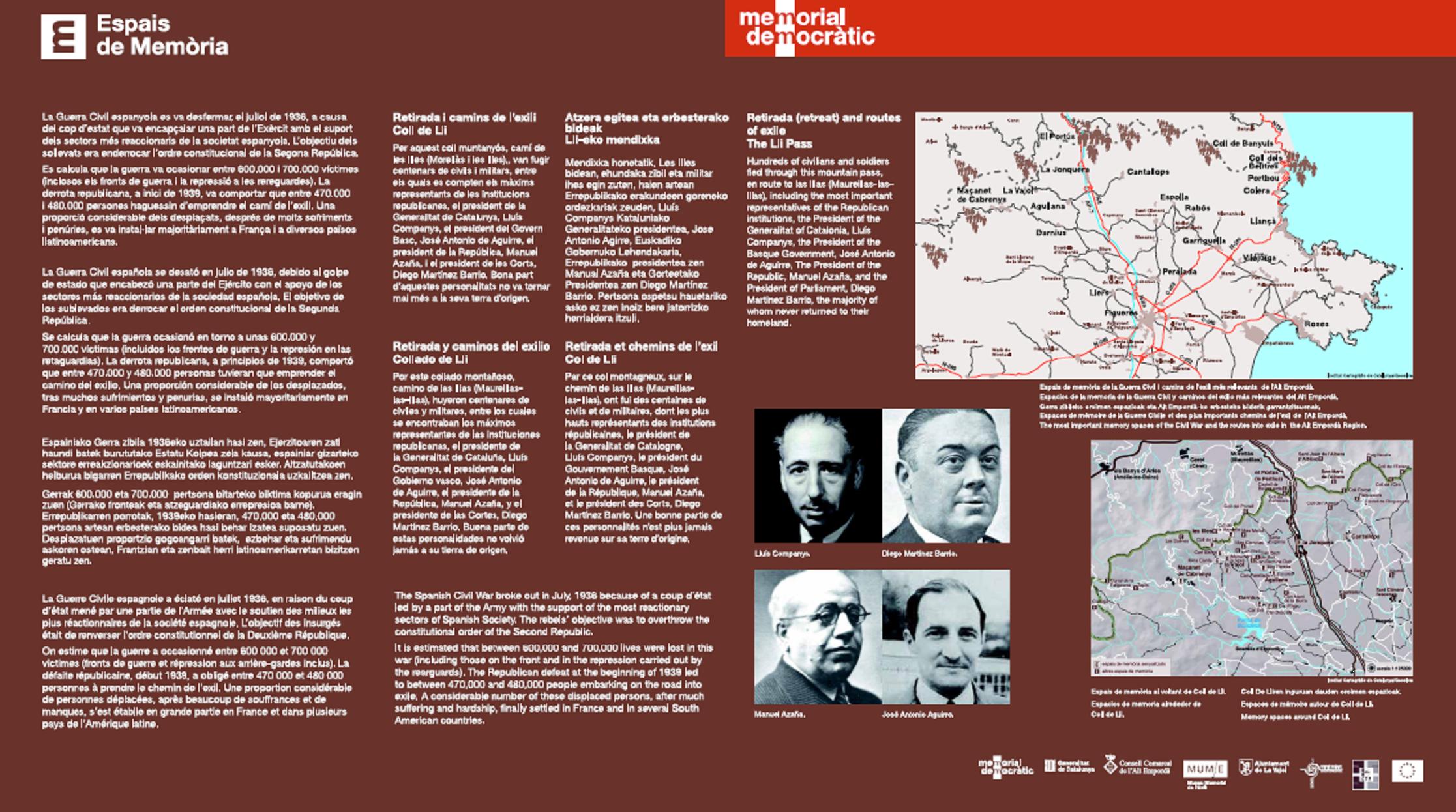