Summary of the conference “From So Far to So Close. Addressing the Refugee Phenomenon: History, Sociology, Technology” (15-16th June)

The conference “From So Far to So Close. Addressing the Refugee Phenomenon: History, Sociology, Technology”, dealt with various aspects of the refugee phenomenon, which forms the core of the SO-CLOSE Project.

The first session delved into some experiences of forced displacement in 20th century’s Europe, such as the case of female exile during the Greek Civil War, forced displacement in Eastern European communist countries, and Bosnian diaspora as a consequence of the Yugoslavian wars. The following debate raised some critical questions: the need to develop an accurate conceptualisation, which is the best tool we can have for connecting our analysis of the European past of forced displacement and the current situation we are living in. And, at the same time, the importance of being precise with the background of all these individuals, who come from war, genocide or political persecution situations.

The second panel addressed the sociological dimension of the project, with three different presentations dealing with methodological aspects in the work with refugee communities, and the various stages of the process many refugees and asylum seekers go through during their migration towards Europe. In this sense, it was especially interesting to have the testimony of Roland Fossu, who experienced this process himself and warned about the difficulties many individuals face when arriving in Europe. Also, Merlys Mosqueda presented a brief approach of the reception conditions for refugees in Spain, which showed the areas in which there is still a lot to do from the perspective of policy makers. We could extract two key elements of this panel: the importance of interdisciplinary in order to address the various complexities of the topic SO-CLOSE is addressing, but also the need to always take into account these complexities. Indeed, we must always be aware that we are focusing not on passive individuals but on actors, therefore complex individuals whose daily realities and problems have to be taken into account in every step we make. Keeping these two elements in mind is crucial for developing the project in the next months.

Finally, the last panel made possible to gather three representatives of three of the four projects awarded in the topic DT-TRANSFORMATIONS-11-2019: SPICE, TRACTION and SO-CLOSE. The panel delved around the different technological approaches each project has implemented in order to achieve their goals, which all converge in the same idea: the need to foster social cohesion and cultural heritage through digital tools. The discussion within this panel raised some important elements. Firstly, that the tools developed need to be accessible and creative, in order to respond as much as possible to the complex reality of the refugee communities. Secondly, and maybe more important if we see the projects in the long term, that the tools must empower their recipients. One of the main aims of the three projects is to create tools and resources that could have a significant social impact and usefulness. Indeed, this will define the real impact all the work has had.

All three panels can be found on our youtube channel: 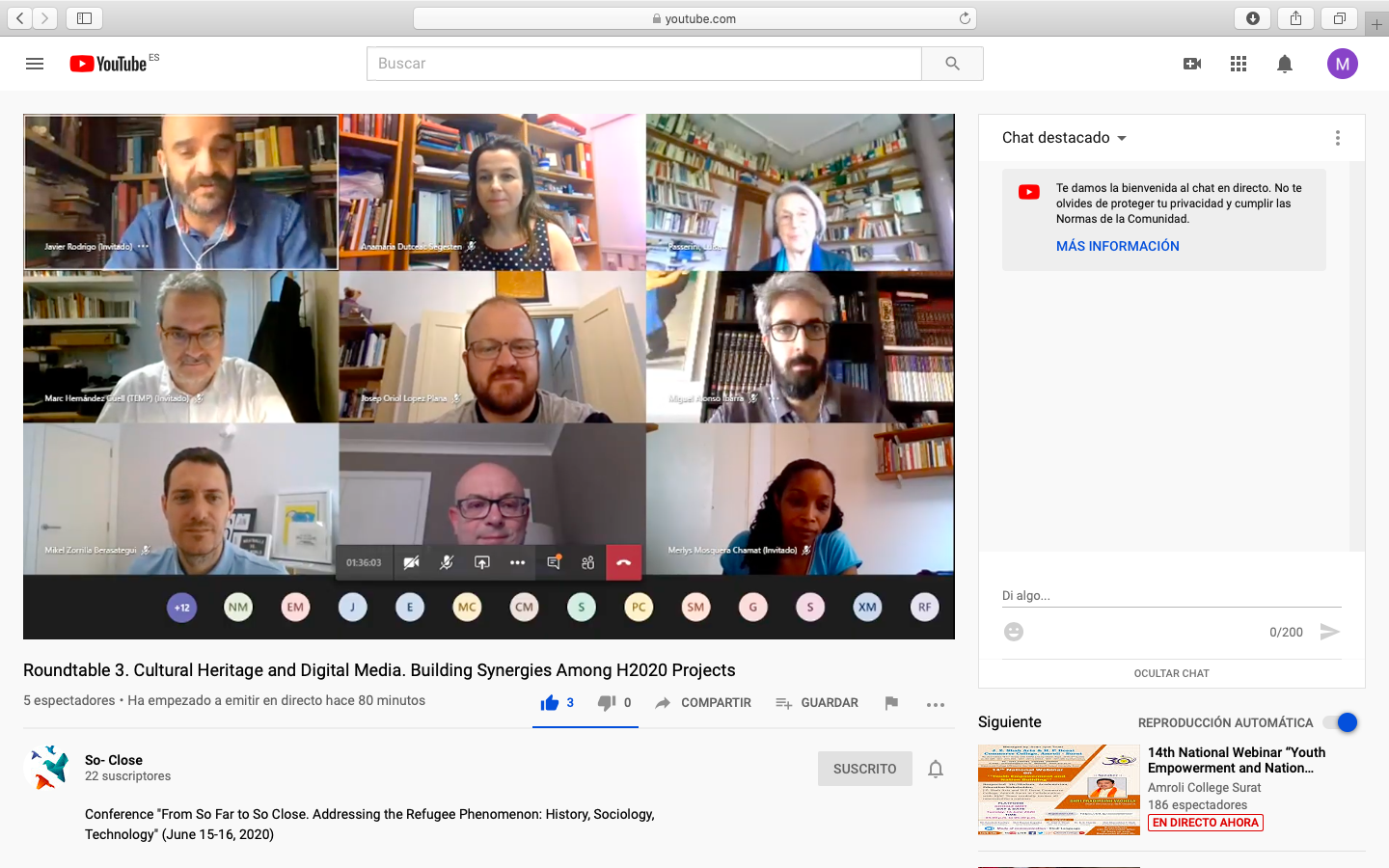