WHEN THE MASTERPIECE IS YOUR SIGHT ON LIFE

The Peace School Foundation of Monte Sole, created in 2002, has its registered office and operating facilities in the Historical Park of Monte Sole. Its aim is to promote training and peace education projects, non-violent conflict resolution, respect of human rights, for a peaceful living together among different people and cultures, for a society without xenophobia, racism and any other kind of violence towards human beings and their environment.

Monte Sole is a triangle of hills, approximately 10 miles south of Bologna, between the valley of the river Setta and the river Reno. The silence and the peacefulness of this seemingly untouched place is the result of a terrible violence. Between the middle and the end of September 1944, the command of the 16th armoured grenadier division of the SS decided for a military operation for the “destruction of the partisan groups and the cleansing of the adversarial territory”. This operation, consigned to the command of Major Walter Reder, took place between September 29th and October 5th 1944. The entire area was surrounded by about 1000 soldiers, among them members of the Italian Republican National Guard. Divided into four platoons, they combed through the entire area from the north, south, east and west. They burned the houses and killed the animals as well as the people. The results after 7 days of the massacre were 770 victims, of whom 216 were children, 142 over-60-year-olds and 316 women. The massacre happened in 115 different places: villages, houses, churches. The massacre of Monte Sole is the biggest Nazi massacre of civilians in Western Europe during WWII and it was not a reprisal, but a combing through military operation that was meant to end in a massacre. Survivors were forced to leave the area and to try to rebuild a life elsewhere, bringing with them only pain, trauma and a feeble hope for the future.

In almost 20 years of experience, we witnessed many different type of people encountering Monte Sole history and painful memories and we can say that the strength of Monte Sole reached everyone of them because everyone could find an echo of Monte Sole in their everyday life. This is particularly true when considering people that are living similar traumas today, fleeing from wars, dictatorships, massacres, racism and discrimination. It felt almost natural, then, to join the So-Close project, thinking that its participatory methodology could have helped even more this connection. Moreover, So-Close was offering a platform of activities and tools that could have empowered the sharing of personal life-stories beyond stereotypes and prejudices, beyond the usual rhetoric of mutual understanding among different cultures, promoting a real social cohesion.

Every activity we offer starts with the presence of the group in some of the places of the massacre, which activates cognitive and emotional processes that make the educational activity an all-around human experience. The idea of a path, of a journey is something, then, profoundly link to the deep meaning of memory for the present and for the future elaborated by the Peace School. This is why the very first tool designed by So-Close project to be chosen was the interactive STORY-MAP, where geography is the main narrative thread linking the routes of forced displacement, to create a dialogue between the memories of local communities and the current experiences of exiles, migrants, refugees and asylum seekers. Both survivors of Monte Sole massacres and refugees wanted to represent their story avoiding the perspective of victimhood, while giving back a complex image, give dignity and contextualise what happened through the rights that every human being has. The idea was to change the fact that there are too many such stories out in the public discourse and very often they emphasize the element of pain and struggle, only the negative experience; the need was to show both the resilience and strength of the refugee and his/her skill and experience. The work of the Peace School experts was just to coordinate the material collection, but the full agency of what to tell and how to tell was belonging to the protagonists of the story. That’s why the presented story are so different one from the other. 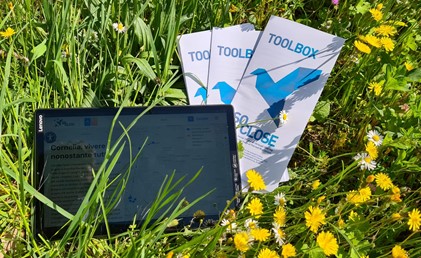 The choice for the second tool to use was the result of long and multilayered participative process the So-Close designed for the first part of the project. Through interviews, focus-groups and workshops, the harsh past of the Italian fascist dictatorship, of the Second World War and its tragedies were shared and put in relation to the situation of the newcomers who choose to participate in the project. Some of them experienced directly the violence of a war, some others suffered from prosecution and discrimination, some have in their memories the link to a European colonial past that is deploying the consequences till today, both in the home country and in the family and personal memories. It was quite clear for anyone participating that those discussions were pivoting around some key words and concepts and that those words and concept needed to be shared around if the goal was to reinforce and promote social cohesion. Among the tools there was the perfect way for this sharing: the participatory VIRTUAL EXHIBITION. The idea was to exploit each concept as a matter of inspiration and – as curators do – aggregate different pieces (pictures, music, paintings, videos) able both to represent the initial idea of the creators group and to stimulate new perspectives, connections and ideas in the users.

What was most valuable in working with these tools was that they prove themselves to be at the same time relatively simple to use/build and versatile, clear but not boring, not only interactive but also enrichable by the users. Just to make a couple of examples, we would like to mention a couple of features that we found to be very useful and at the same time very effective in terms of the public interest. The first features relate to the Story Map: the functions “side2side” and “juxtapose”. Similar in the idea of showcasing two images side by side, they differ by the possibility of showing two different but related elements or time changes in the same subject. These visual features are of immediate comprehension, catch curiosity, keep the user interested in the story and – above all – are the plastic representation of the core concept of connections among lifestories far in time and/or space.

In terms of the virtual exhibition, the most valuable feature is the button: “contribute to the exhibition”. It is undeniable that we live in a very fast and packed society. Even if we found something that interests us, the amount of time and energy we are capable to devote to it is usually limited. We promise ourselves to go back and dedicate care and attention but most of the time this is not going to happen. To have such a button at the end of every exhibition not only spread and strengthen a lot the fundamental So-Close pillar of co-creation and participation, but it reduces also the gap between an abstract interest and will to participate and the chance to put that in action. 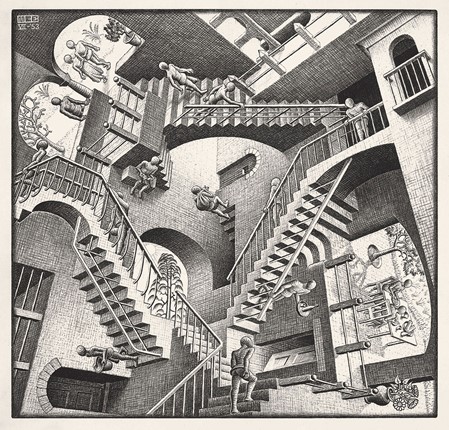 Both the theoretical premises and the practice related to the use of tools show perfectly the value for our everyday work and for future exploitation. To have a Peace School in Monte Sole means trying to decontaminate the place, going beyond the mere conservation of memory. The Peace School is not, and cannot be, a place in which certain people disseminate the ‘right values’ to unaware or unenlightened people. It is not and cannot be an institution that uses heritage to speak for itself, believing that this alone would manifest a certain benevolent inner and innate power for good. The Peace School is – and aims to be more and more – a place separated from the frenzy of everyday life, a place in which different people meet in order to study, to experience the complexity of and the unanswerable questions about human beings, to share the beauty and the difficulty of intellectual and emotional research that does not accept a hierarchy of ideas but affirms a multiplicity of free contributions. For these reasons, rather than promoting a top-down approach, the Peace School opts for an effective peacebuilding methodology that relies on a community-based strategy. The two web-tools we choose fit perfectly in this vision, strategy and way of work. We use them with groups of citizens (students and adults) coming to Monte Sole to let them experiencing the connection between past and present; we use them with groups of newcomers, in order to offer an effective way of expression.

For the Peace School, to educate through a place of memory means to bring to light the ‘continuum of violence’ that exists in all human beings. Rather than an isolated aberration, violence has its specific premises and development processes, starting from nothing and growing in intensity and scale. For the Peace School, education through a place of memory is based on creating an opportunity to make every individual conscious of their own possibility of choice. At the Peace School, we strongly believe that all this is not confined to the link to a place of memory but the same approach could be replicated when facing different kind of heritages: from art to traditions, from literature to rituals, every institution dealing with possible encounters of different perspectives and points of view can benefit of the So-Close theoretical framework and practices. Co-creation and participative workshops on one side, easy to build and easy to use web-tools on the other side are a very powerful combination for enhancing social cohesion. That should be the mission of every present cultural institution.