One of the participants in the Focus Groups told us that if he had to communicate something to the local population it would be this short and powerful sentence “It could be you!”. It could be you, as simple as that. In many cases, actually, it was already you, it was your ancestor, it was your neighbor, it was your friend… This randomness, this uncertainty of what could happen makes us equal, it is just that we are often scarcely aware of that and we don’t usually think about this possibility.

Our participant continued his speech by saying “I’m not less than you, I’m just in a worse situation”. The main goal of the educational project in which MUME is working on for So Close is to convey this message, to remove the stereotyped image surrounding refugees as well as reminding the local population that yesterday it was us and tomorrow it could be us again. 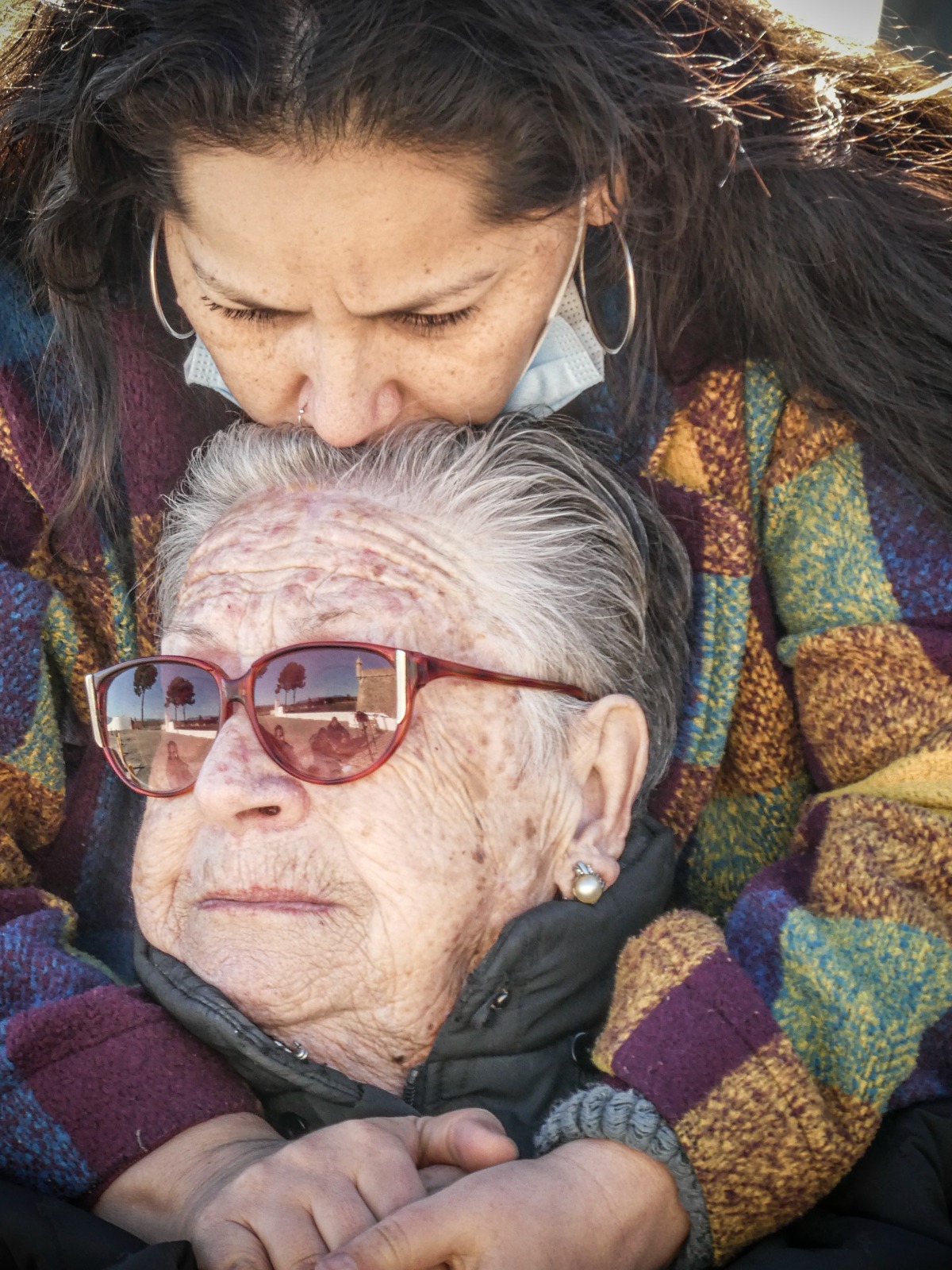 Photo: Afghan woman hugging a survivor of the bombings in Figueres by Martí Fradera / La Tempesta

The students of the Social Integration cycle in Figueres are learning about the Spanish Civil War and its consequences  with the educational project. Figueres hosted the last days of the Spanish, Catalan and Basc republican governments. When they realized that the war was already lost, they decided to cross the French border. News about government exile precipitated the massive exodus of civilians and the fascists contributed to the chaos by bombing Figueres.

The social integration students are the future social workers that will deal with people who are in a situation of exclusion or social risk. That’s why we believe that it is important to promote their empathy, knowledge and sensibility towards the realities that our participants shared with us. They began their participation in So Close by studying the historical experience of the Spanish republican refugees. Subsequently, they came into contact with the recent experience of forced migrations, learning about the main conclusions of WP1 and WP2. Finally, the training phase ended with the study of reports[1] about new narrative strategies on migrations. 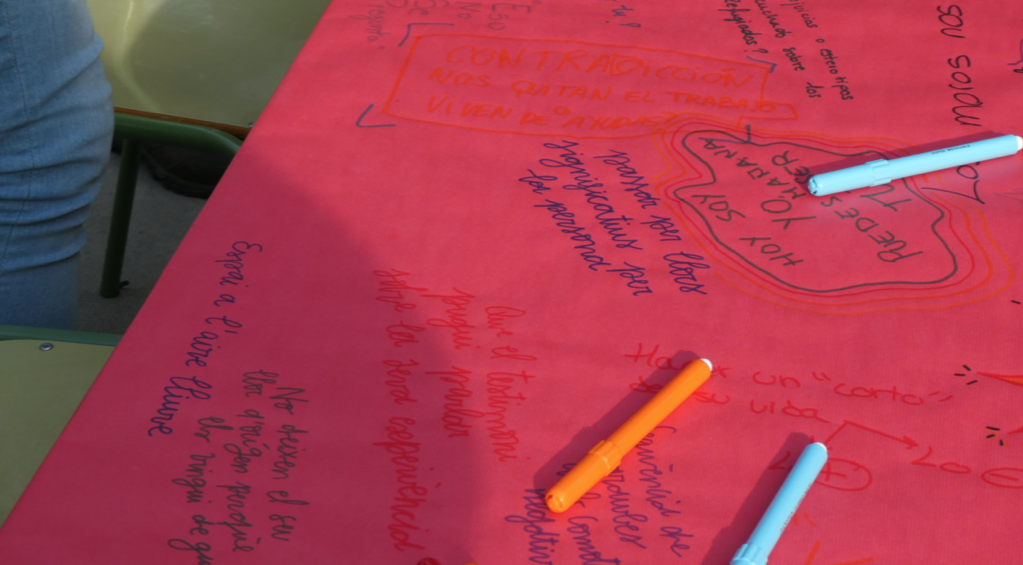 Photo: Brainstorm made by So Close participants and the students of the Social Integration Cycle by Martí Fradera / La Tempesta

These new narrative strategies can be very useful for So Close. To make a long story short, they defend, first of all, avoiding reactive messages and creating our own narrative frame by using words and images that contribute to the vision we aspire to convey. Secondly, to address concerns preventively to pre-refute hostile narratives. We have to keep in mind that anti-migration speeches appeal to emotion, so to prevent them from taking hold, we have to speak from the same register. Focusing on data or fact-checkers may be necessary sometimes, but it is less effective than appealing to experiences and emotions. A last thing to highlight is to focus on shared needs, understand complex positions and avoid polarization.

MUME’s educational project aims to connect the experience and testimony of our participants with the educational curriculum of Social Integration and co-create learning contents that help to remove stereotypes and prejudices for secondary school students. The creation process and the learning activities will be collected on the Webdoc. We are trying our best to help our participant to spread his message: without a doubt, you are not less than we are, you are just in a worse situation.

POR CAUSA FOUNDATION: Seven key points to create new narratives on the movements of persons around the world, 2019