A co-created recipe for Co-creation

Hi, I am Chiara Gunella, and I am writing to you as a member of the MUME team.

MUME – the Museu Memorial de l’Exili which translated means “the Exile Memorial Museum” in Catalan – i s one of the 4 cultural institutions in the SO-CLOSE project located at La Jonquera. La Jonquera is a symbolical place for migration: a lot of people crossed this border to reach France around 1939, after the Civil war, to escape from the dictatorship of Francisco Franco. This exile is commonly known as the Republican exile.

In this article, we will introduce you to what we learned from the experience of Co-Creation during the 4 Focus groups (FGs) we conducted here in Catalunya with refugees,  policymakers, cultural institutions, academics, and NGOs. The FGs aimed to understand the vision and experience of our participants on a) social cohesion and cultural heritage and; b) project core themes and co-creation methods and tools.

What emerged from our FGs is a co-created recipe for co-creation that can be useful for those who are working with refugees, or collaborating in projects where intercultural dialogue and interactions are the core of their investigation.

Here is the recipe: 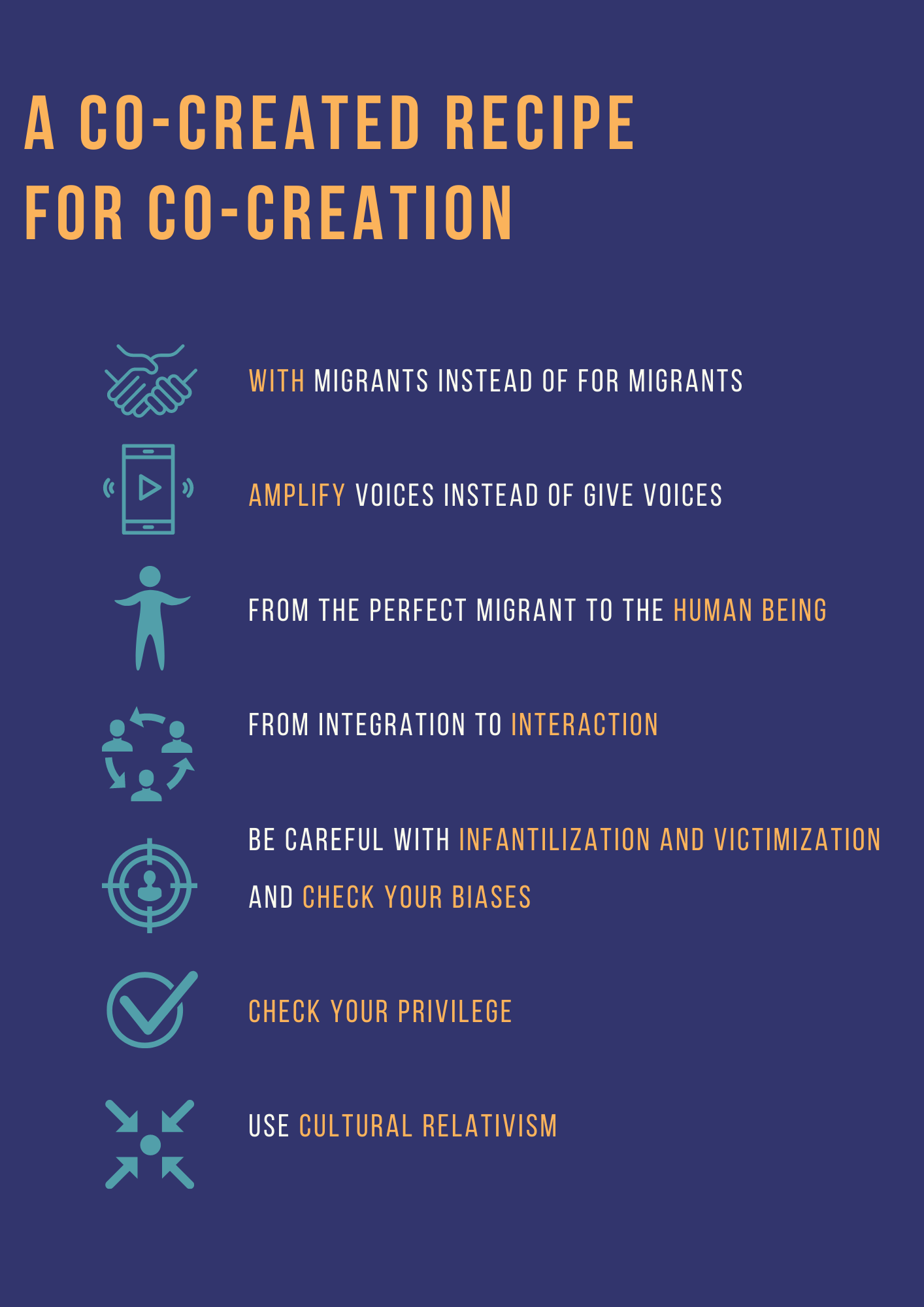 ( as you know recipes are different, and any person can find his/her perfect ingredient to make co-creation works. This is our suggestion, :))

Co-creation permitted our team to a) learn from the real experiences of our participants; b) challenge our perspectives and c) critically analyse our discourse about migration.

What did we co-created? Our tools!